Playback Success for a single view is a score of, 50 or 100 that measures if the user was able to successfully begin playback. 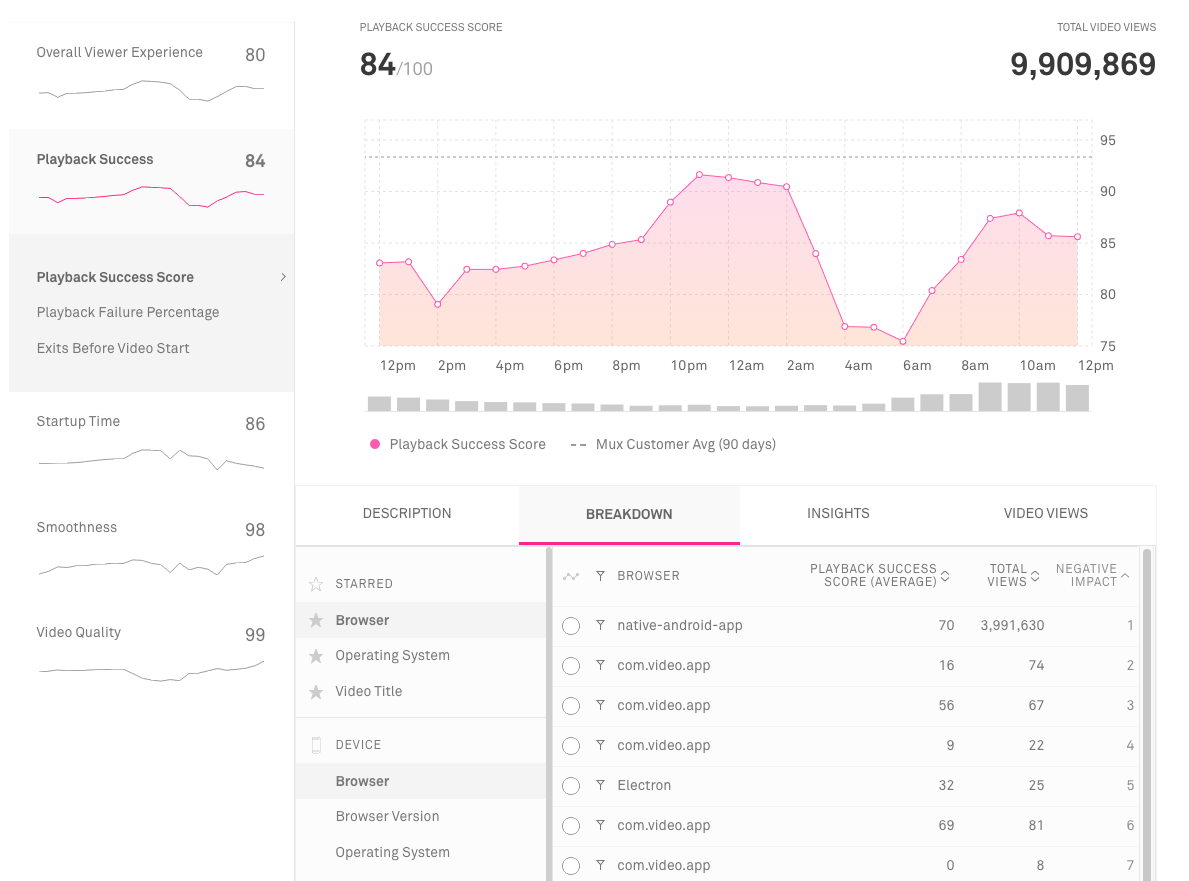 Playback Success Score focuses on whether a video played back successfully.

Playback Success Score is fairly simple. A failure that ends playback is a 0, while a video that plays through without failure is 100. A view that is terminated by the viewer before playback starts (an “Exit Before Video Start,” or EBVS) is given a score of 50.

Why are EBVS views given a score of 50? The reason is that while exits can often point to streaming problems (e.g. the video took too long to load), some percentage of exits before video start are normal. A user might click the wrong video or see a link to a different video they want to watch more.

The Playback Failure Percentage metric gives the percentage of video views that failed to play due to an error. Playback failures can happen at any point during video playback, causing the playback to end prematurely.

Visit the Errors section to see which specific errors are happening the most frequently.

Viewers will sometimes abandon a video (e.g. close the page/app or click the back button) because it is taking too long to load. The Exits Before Video Start Percentage metric captures how frequently this happens.

For this metric we count the number of video views where the viewer clicked play (or the player began to autoplay) but the video never began to play back (Video Startup Time was never recorded), excluding playback failures. If a view is abandoned in less than one second, we assume the video start was unintentional or programmatic and also exclude those play attempts from the total number of views. We then divide that number by the total number of video views.

Note: Viewers may leave for reasons other than long startup times, for example deciding that they clicked the wrong video or clicking on a related video. Before becoming concerned with your platform’s specific percentage you should attempt to improve your Video Startup Time and see how that impacts your Exits Before Video Start.