Whether you’re looking to build “Twitch for X”, online classrooms, a news & sports broadcasting platform or something the world’s never seen before, the Mux Live Streaming API makes it easy to build live video into your own software. With a simple API call you get everything you need to push a live stream and play it back at high quality for a global audience. 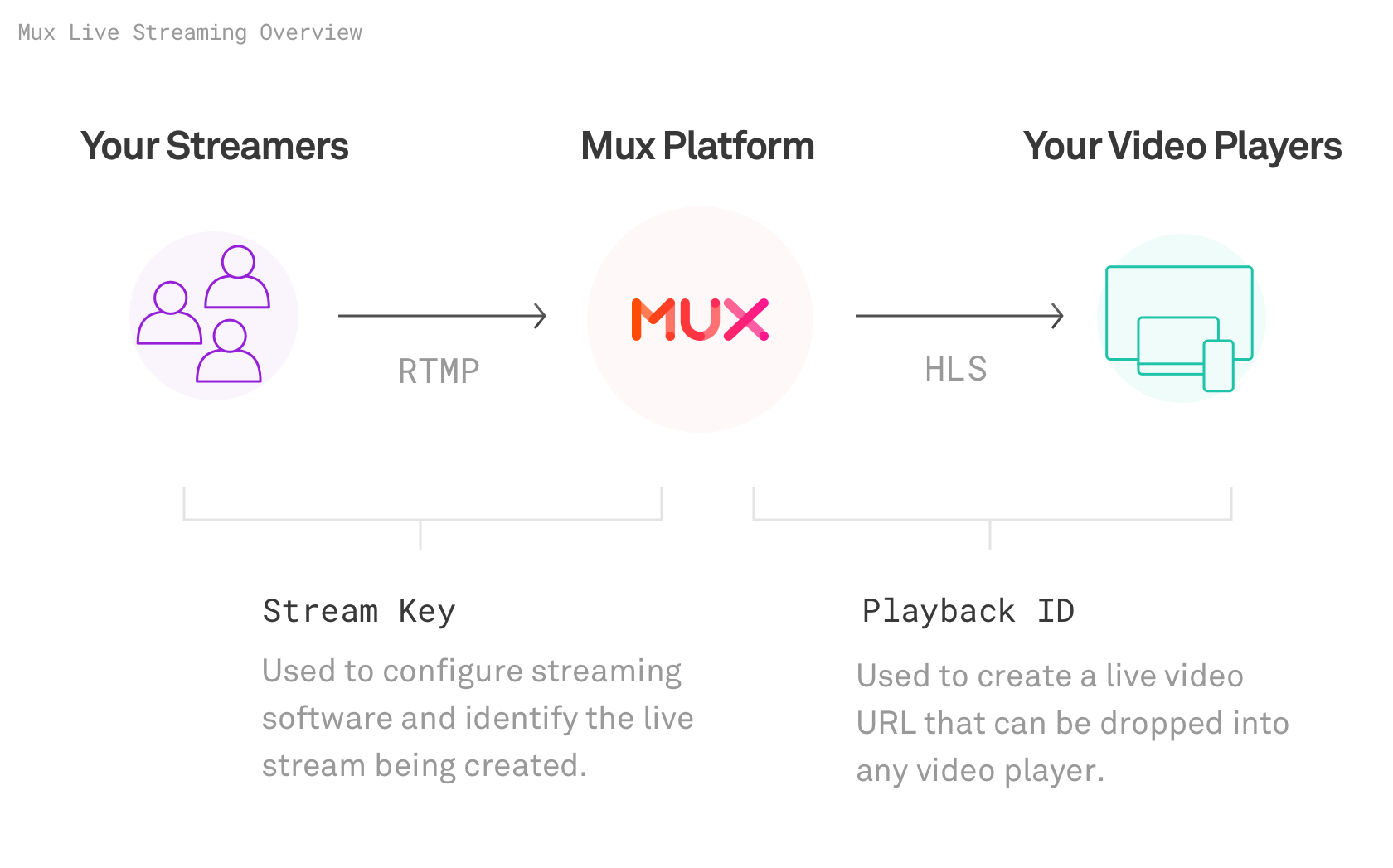 If you haven't already, create an API access token. Be sure to set it to have "Full Access" for Mux Video.

The Live Stream object in the Mux API is a record of a live stream of video that will be pushed to Mux. To create your first Live Stream, send a POST request to the /live-streams endpoint.

You can either replace ${MUX_TOKEN_ID} and ${MUX_TOKEN_SECRET} with your own access token details or make sure to export those environment variables with the correct values first.

The response will include a Playback ID and a Stream Key.

Mux supports live streaming using the RTMP protocol, which is supported by most broadcast software/hardware as well as open source software for mobile applications.

Your users or your client app will need software that can push an RTMP stream. That software will be configured using the Stream Key from the prior step along with Mux's RTMP Server URL. Mux supports both RTMP and RTMPS:

If you want to live stream with a protocol other than RTMP, let us know!

The broadcast software will describe how to start and stop an RTMP session. Once the session begins, the software will start pushing live video to Mux and the Live Stream will change its status to active indicating it is receiving the RTMP stream and is playable using the Playback ID.

When a Streamer begins sending video and the Live Stream changes status, your application can respond by using Webhooks. There are a few related events that Mux will send. You application may benefit from some or none of these events, depending on the specific user experience you want to provide.

The easiest way to test playback is to try this playback URL in Safari (Mac) or Edge (Windows), which can natively play back HLS video.

See our playback guide for more information about how to integrate with a video player.

Don't forget to integrate Mux Data with your player for monitoring and improved performance! It's free for Mux Video streams.

When the Streamer is finished they will stop the broadcast software/hardware, which will disconnect from the Mux servers. After the reconnect_window time (if any) runs out, the Live Stream will transition to a status of idle.